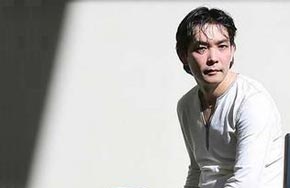 Riz Wakil, co-owner of iMedia, based in Fairfield, Sydney, reserved his place among the waves with Mr Abbott after a campaign by activist group Get Up raised enough money to win the prize with $16,100 bid.

Wakil told ProPrint that he had since been approached by Channel 10’s 7pm Project to play barefoot bowls with Prime Minister Kevin Rudd and Treasurer Wayne Swan after the TV program won a $12,600 bid at the same charity event.

Wakil said: “Since I came to this country, I strongly felt that the way the government treated asylum seekers wasn’t humane. We could have been more sympathetic to vulnerable people living in those troubled part of the world. So I got involved with the refugee movement 10 years ago.”

He is a self-taught graphic designer who first began working in the printing industry after being granted citizenship, having spent nine months in Curtin Detention Centre in Western Australia when he arrived 11 years ago.

He worked at a series of NSW printers, including Statewide Printing in Parramatta, Ralya Press, Granville and Enoch in Balgowlah.

“It got to a stage when I found someone who could help me financially so I decided to go for it,” said Wakil on establishing iMedia in late 2009.

He added: “It’s going very well. The local people here in Fairfield are very supportive of the business, which his very encouraging.

“The first thing that attracted me to stay in this industry is the creativity and meeting up with people. Every single people I have met has been very supportive,” he added.

Click here for the latest headlines from across the printing industry.