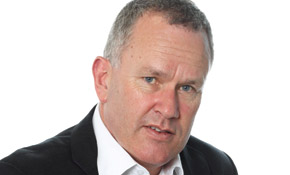 At an “emotional” meeting in Auckland on 10 August, some 76.9% of Blue Star’s bondholders approved its $NZ25m restructure, which had required 75% to get over the line.

This meant that while it may have only passed by a slim margin, the plan had still won over a large majority of bondholders.

“The way we look at it is simply that almost 77% of bondholders supported us. So it is not what people are saying, that it just scraped through – a big number of people are backing us.”

Jupe said: “It has been a challenging period for us, but thanks to our bondholders, Blue Star is now poised for bigger steps.”

He added: “Now that we have crossed this major hurdle, we would also like to assure our bondholders, customers, suppliers and our people that going forward it will be business as usual at Blue Star Group New Zealand. In fact, we’re now looking to emerge stronger coming out of this scenario and follow our visions of growth in the years ahead.”

Speaking this morning, Jupe said: “Our customers have been loyal and our suppliers have been fantastic. It is all about getting on with life.”

He pointed to the company’s ACP contract and new web offset plant in New Zealand as part of its strategy to deliver on its promises.

But he conceded that it had been a difficult month. “My team has felt the pressure over the past little while.”

Because Blue Star’s bonds are traded publicly on the NZ Stock Exchange, the dramatic negotiations of the past month have been played out in the public arena and have drawn a high level of media attention, particularly in New Zealand.

Jupe conceded this had added to the pressure. “I think it always uncomfortable when, unlike a lot of people in our industry, you have the obligation of public disclosure.

He said it was uncomfortable “when people are trying to find any reason under the sun to throw stones” despite the fact Blue Star’s “underlying profitability is good”.

However, he said he understood that the bondholders were “the same NZ public who have been through a very tough time”.

“It is really close-to-the-bone stuff. People have gone through a recession, some of these people have had their houses destroyed in Christchurch.”

The company did draw criticism from the union, which branded the tense negotiations as “brinkmanship”.

The NZ Amalgamated Engineering, Printing & Manufacturing Union (EPMU) released a statement that said the deal had been “too close for comfort”.

“This kind of brinkmanship is not what we expect from responsible business owners in New Zealand. Is this really how we want our businesses to operate?”

Blue Star group managing director Chris Mitchell is on leave and could not be reached. However, in the past he has said the company’s growth strategy is underpinned by a recent investment in HP inkjet technology and its proprietary Agile system.