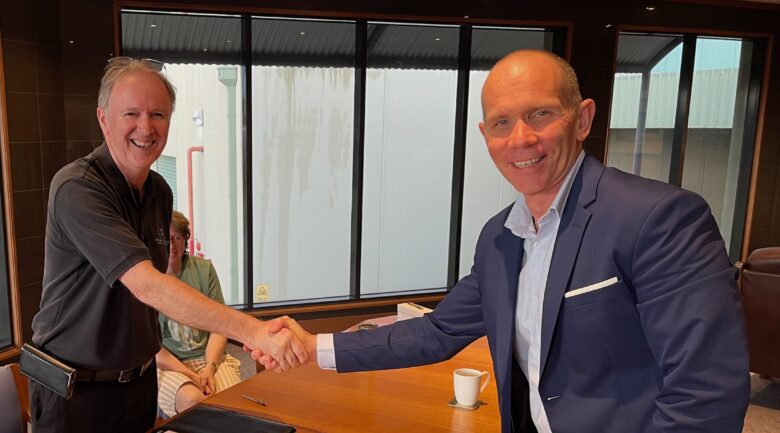 Label printers Elna Press has joined the QLM Group, combining the capabilities of two Australian owned and operated companies with extensive experience at their respective factories in Melbourne and Brisbane.

As a result of this acquisition, Elna Press’ customers will also see an expanded range of products and services including premium and blank labels, folded cartons, flexible packaging and the sale and service of thermal and colour label printers and consumables.

Following the acquisition, Elna Press will continue to manufacture at its Moorabbin address in Victoria, with QLM’s Victorian operation to relocate to this location later this year.

Trevor Coon, former managing director of Elna Press said he decided to sell the business to the QLM Group for it to grow through acquisition.

“After 63 years in business, as one of the founding label manufacturers in Australia, our family has decided to pass the baton on to a new team to take Elna to the next level,” he said.

“We are delighted that Elna Press will be in the capable hands of [QLM Group CEO] Simon Pugh and his team at QLM. It has been a privilege for us to have worked with so many wonderful clients, often over many years. Their support and loyalty have meant a great deal to myself and our team.”

Coon will remain in a consulting capacity for the QLM Group and in the provision of bespoke label innovations and technology.

Pugh said QLM was attracted to Elna Press as much for its strong history and manufacturing base as for its culture aligning with QLM Group’s CARES values.

“The acquisition of Elna Press comes after an extensive due diligence with CDI Global and completes a number of acquisitions and machinery investment for the QLM Group in 2021/22, including the addition of a separate flexible packaging manufacturing facility in Melbourne,” Pugh said.

“The QLM Group maintains the need for strong Australian ownership and diverse manufacturing operations that offer an alternative to the multinationals who now own the majority of the label space.

“The completion of this acquisition takes the QLM Group to a local market presence where it is able to compete with multinational companies, while still remaining true to QLM’s mission to create long-term, mutually rewarding relationships with all of our stakeholders.”

In dealing with the pandemic, Pugh said the QLM Group has been adapting to dramatically changing business and manufacturing environments.

He added that supply chain disruptions, government and travel restrictions and the substantial uncertainty surrounding business and personnel have seen the company work on maintaining stable and supportive working environments to ensure the continued safety of its team and the ability to maintain service to clients.

“Our teams have been amazing during the pandemic, including the general manager in Vietnam who lived onsite at our factory with a team of 82 for nine weeks during a government-imposed mandate for factory staff to live, eat and work on site,” he said.

“He was the only general manager in Vietnam in this market who did so and it speaks to the company’s values that no-one is more or less important, we just have different job responsibilities.”